The Forum will be organized by the Council of the Hong Kong Laureate Forum, a non-profit making organisation formed by distinguished personalities and academics of Hong Kong, with the full support of the Government of the Hong Kong Special Administrative Region (HKSAR).

Timothy W Tong has over 30 years of teaching, research and administrative experience in universities in the United States and Hong Kong. Prior to taking the office as president of the Hong Kong Polytechnic University from 2009 to 2018, he was a professor and dean of the School of Engineering and Applied Science at the George Washington University. Tong is now CEO of AMTD Foundation, which is a charity organisation created to assist AMTD Group Company Limited to fulfill its corporate social responsibility. Being an expert in the field of heat transfer, Tong is dedicated to addressing issues concerning energy use and sustainable development. He is a fellow of the American Society of Mechanical Engineers, the Hong Kong Academy of Engineering Sciences (HKAES) and the International Thermal Conductivity Conference. In 2018, he served as president of HKAES.

Tong’s public engagement in Hong Kong includes serving as chairman of the Citizens Advisory Committee on Community Relations of the Independent Commission Against Corruption (ICAC) and as member of the Advisory Committee on Corruption of the ICAC, and the InnoHK Steering Committee. Additionally, he has been appointed a Non-official Justice of the Peace and a member of the Chinese People’s Political Consultative Conference since 2010 and 2013 respectively.

Tong was born and raised in Hong Kong. After completing his secondary education, he pursued further studies in the United States, where he received his BS degree in Mechanical Engineering from Oregon State University in 1976, and his MS and PhD degrees in the same discipline from the University of California at Berkeley in 1978 and 1980 respectively. 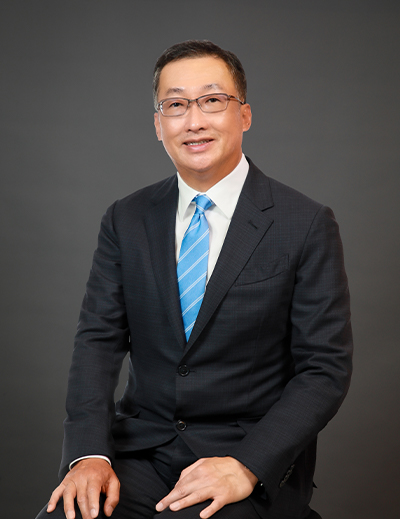 Born and educated in Hong Kong, Dr Raymond Chan continued his studies in the United Kingdom gaining BA (Hons) and B Arch (Hons) and became a Member of the Royal Institute of British Architects, the Architects Registration Board and the Hong Kong Institute of Architects.

He is a Member of the Board of Trustees of Shaw College, the Chinese University of Hong Kong. From 2003 to 2016 he served as a Committee Member on the Hospital Governing Committee (Tseung Kwan O).

Dr Chan joined the Shaw Group in January 1994 and in December 2017, he assumed the role of Managing Director of the Shaw Group of Companies, totalling fifty-four, situated locally and overseas. He was at the same time appointed Chairman of the Shaw Foundation and the Shaw Prize Foundation. Since 2012, he has been a Member on the Board of Advisers of Sir Run Run Shaw Charitable Trust. 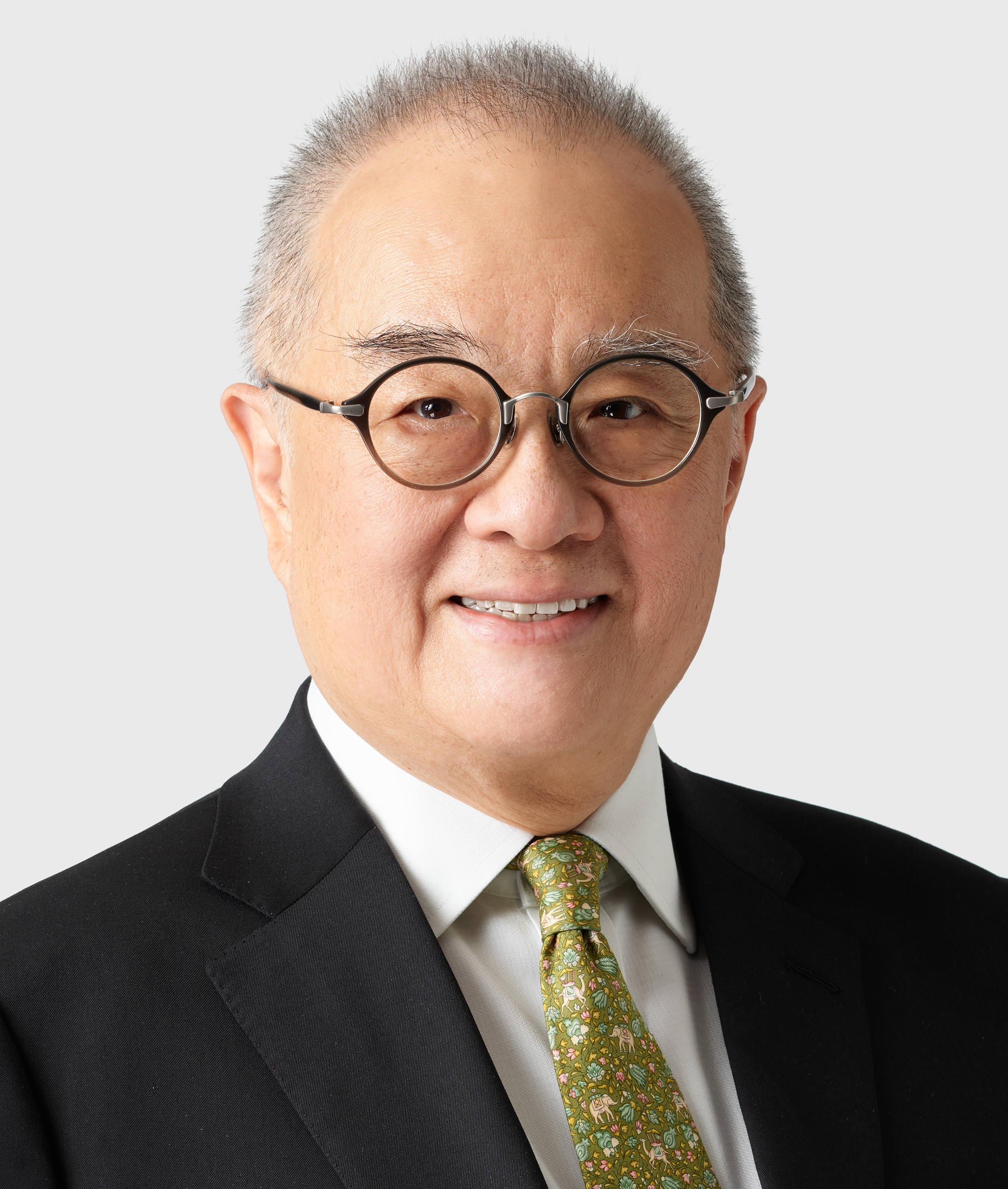 Dr Cheng is a practising solicitor. He is currently a consultant of Messrs P C Woo & Co, one of the longest established firms of solicitors in Hong Kong; after serving as its senior partner for 22 years. Besides, Dr Cheng is also a Notary Public, a China-Appointed Attesting Officer and an independent non-executive director of several companies whose shares are listed on the Hong Kong Stock Exchange.

Dr Cheng was the founder Chairman of the Insurance Authority, Opera Hong Kong and the Hong Kong Institute of Directors of which he is now the Honorary President and Chairman Emeritus. He had also served as a member of the Legislative Council and the Financial Leaders Forum. Dr Cheng also served previously as Chairman of, among others, the Board of Education, the Education Commission, Free Kindergarten Education Committee, the Council of the Hong Kong Baptist University as well as a district governor of Rotary International District 3450.

Dr Cheng was also a member of the National Committee, the Beijing Committee and the Chengdu Committee of the Chinese People’s Political Consultative Conference of the People's Republic of China. He was awarded by the HKSAR Government the Justice of the Peace in 1996, the Gold Bauhinia Star in 2003 and the Grand Bauhinia Medal in 2016. 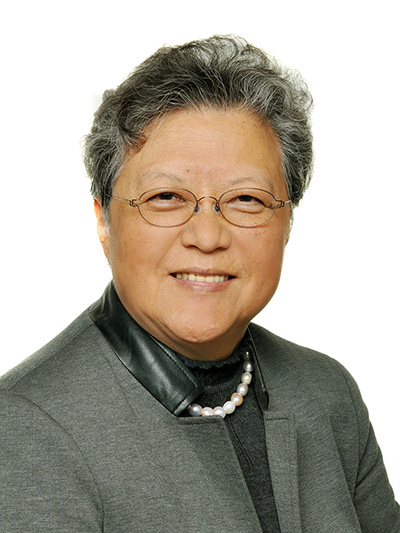 Dr Fan was the first President of the Legislative Council after Hong Kong’s reunification with China. She was also the first woman to hold the position and has been the longest-serving incumbent, making her a household name among the Hong Kong people. 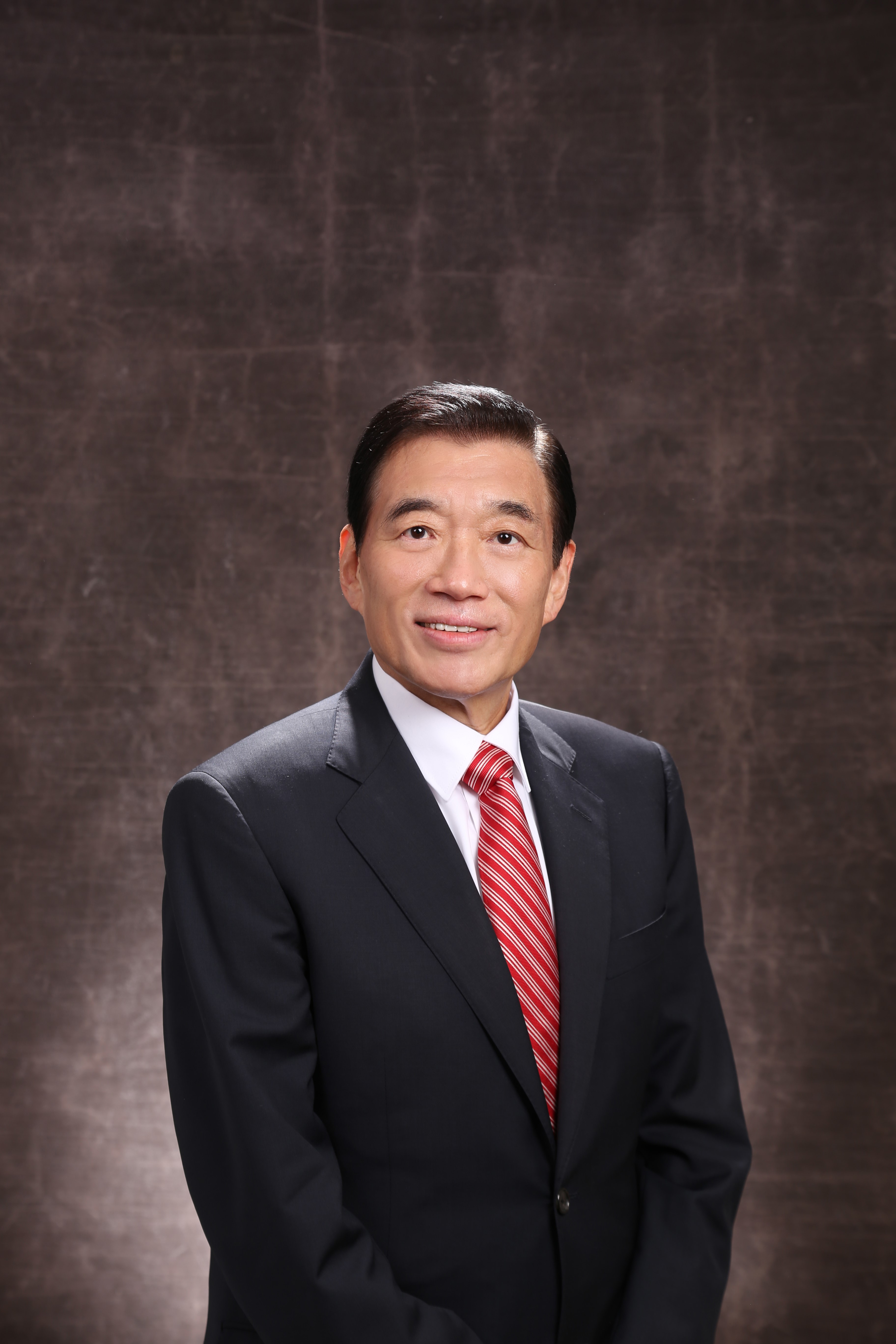 Mr Fan Hung Ling, Henry has over 30 years' experience in business management. He was the managing director of CITIC Pacific Limited (now known as CITIC Limited) and Deputy Chairman of the Cathay Pacific Limited. Currently, he is an independent non-executive director of Sun Hung Kai Properties Limited and HKR International Limited. He is also the Managing Director of Hong Kong Glory Limited and Chairman of the Fan Family Charitable Trust, a family investment company and charitable foundation respectively.

Mr Fan has a long record of public service in Hong Kong. Currently he is the Chairman of Hospital Authority, a member of the Chief Executive's Council of Advisers on Innovation and Strategic Development, the West Kowloon Cultural District Authority and the Financial Services Development Council.

Mr Fan graduated from the University of Hong Kong with an honours degree in Economics and Business Management. He was called to the Bar by Lincoln's Inn, England and was also admitted to the Bar in Hong Kong where he practised. He also holds a Bachelor of Laws degree from the University of Beijing and is also an Attorney-at-Law of California, USA. 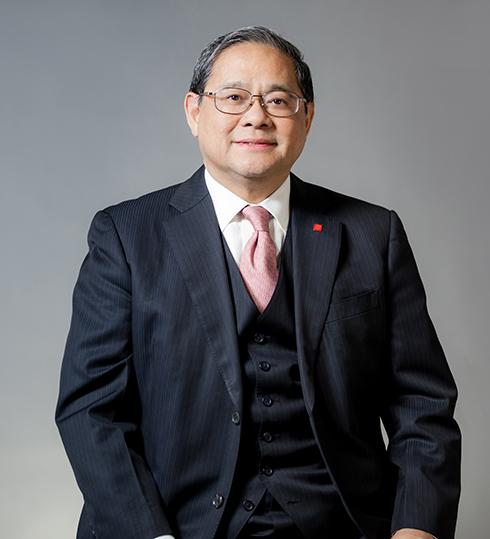 Dr Victor Fung is Group Chairman of the Fung Group, a Hong Kong-based multinational group which comprises major operating groups engaging in sourcing, logistics, distribution and retailing. They include publicly-listed Li & Fung Limited, Global Brands Group Holding Limited, Convenience Retail Asia Limited and other privately held entities. Dr Fung played a leading role in driving the development of the supply chain infrastructure at Li & Fung Limited, which has enabled it to become the leading consumer goods design, development, sourcing, and logistics company for major retailers and brands around the world.

Internationally, Dr Fung played a leadership role from 2007 in the Paris-based International Chamber of Commerce, of which he was Chairman from 2008 to 2010. From 2012 to 2013, he was a member of the World Trade Organisation's Panel On Defining The Future of Trade.

Born and raised in Hong Kong, Dr Fung holds Bachelor and Master Degrees in Electrical Engineering from the Massachusetts Institute of Technology. After gaining his Doctorate in Business Economics from Harvard University, he taught as a professor at Harvard Business School before returning to the family business in Hong Kong in 1976.

Dr Fung is an international business leader, thought leader and philanthropist, who holds professional and civic appointments in Hong Kong, the Chinese Mainland and overseas. 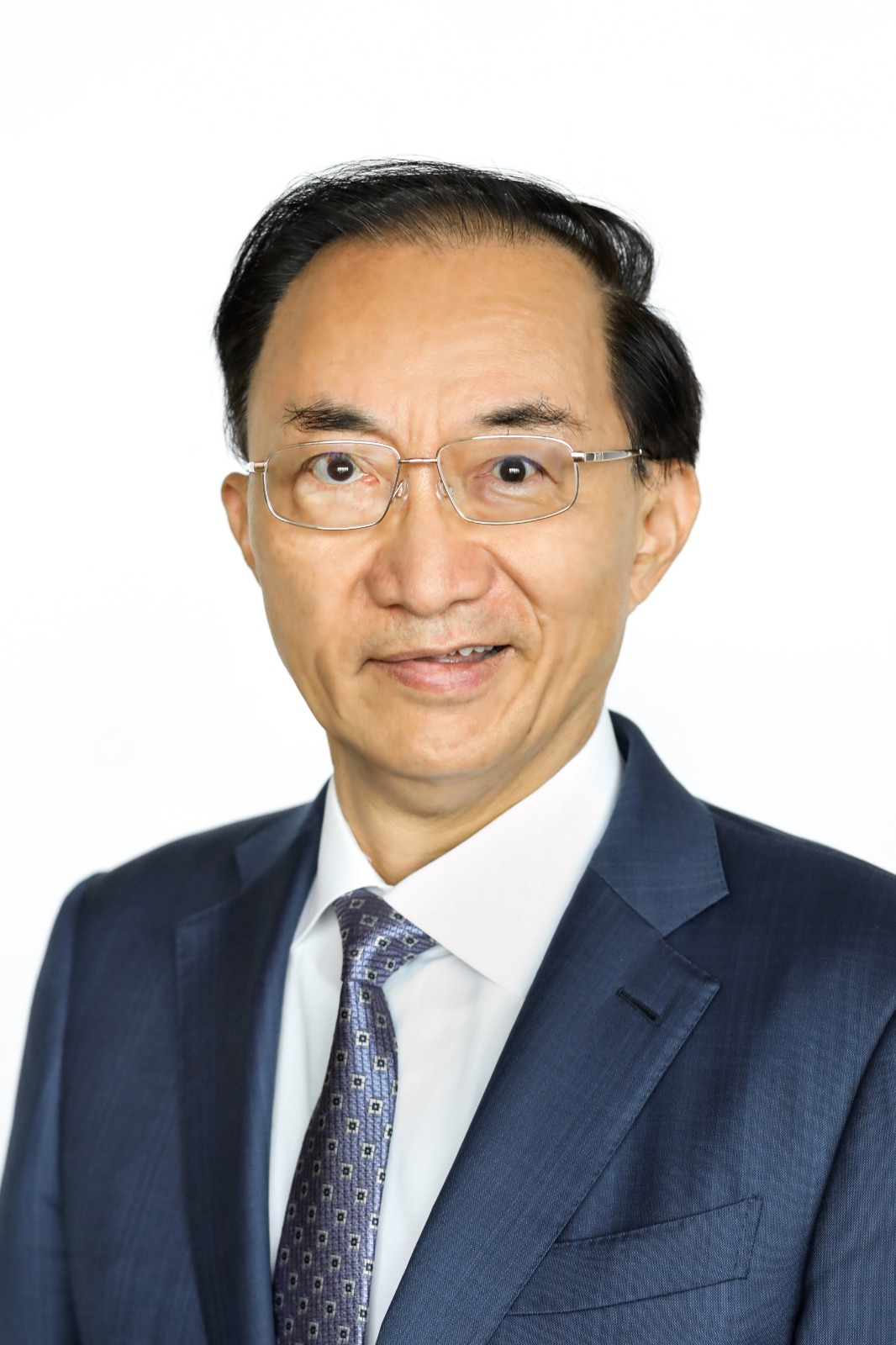 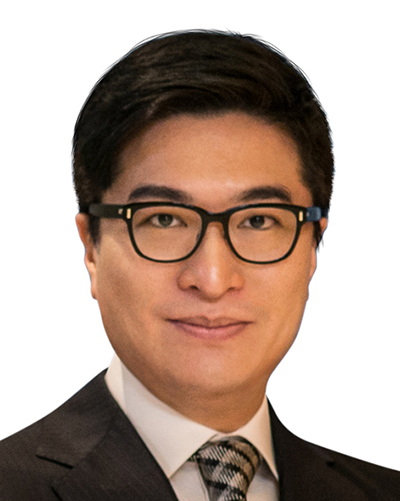 Mr Lee is the youngest son of Dr Lee Shau Kee, founder of Henderson Land Group, and is a director of the Lee Shau Kee Foundation. 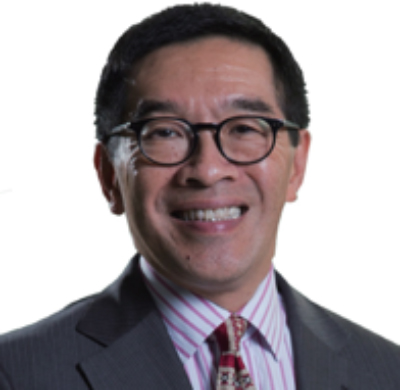 Mr Calson Tong has been active in public and community services and is the current chairman of the University Grants Committee and a board member of the Hong Kong Airport Authority. 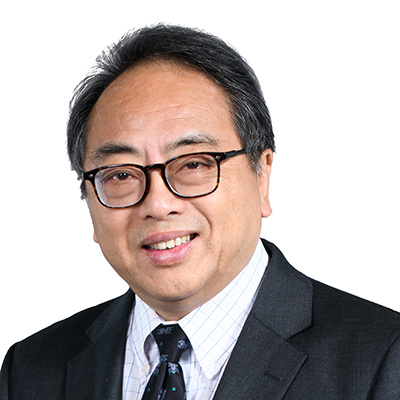 Prof the Hon Tsui Lap-Chee obtained his Bachelor and Master degrees in Biology from the Chinese University of Hong Kong, and his PhD in Biological Sciences from the University of Pittsburgh in 1979.

Prof Tsui received international acclaim in 1989 when he identified the defective gene that causes cystic fibrosis, which is a major breakthrough in human genetics. He has also made significant contributions to the study of the human genome, especially the characterization of chromosome 7, and identification of additional disease genes. His work paved the Human Genome Project and the HapMap Project. Prof Tsui has over 300 peer-reviewed scientific publications and 65 invited book chapters. He has served on the editorial boards of 24 international peer-reviewed scientific journals, numerous scientific review panels, and many national and international advisory committees.

Prof Tsui has also made great contribution to university education. During his tenure as the Vice-Chancellor of the University of Hong Kong (HKU) from 2002 to 2014, he led the University through a series of unprecedented governance and management reforms, human resource reforms, and strategic developments in research, teaching and learning, and knowledge exchange with society. Prof Tsui worked tirelessly to enlist support for HKU from University members and friends, and encourage philanthropy for higher education in the community. He also provided his expertise to the Research Grants Council of Hong Kong for many years.

Prior to his appointment at HKU, Prof Tsui was Geneticist-in-Chief and Head of the Genetics and Genomic Biology Program of the Research Institute at the Hospital for Sick Children in Toronto. He was also the holder of the H E Sellers Chair in Cystic Fibrosis and University Professor at the University of Toronto.

Prof Tsui is the recipient of many national and international awards, including the 2018 Warren Alpert Foundation Prize. He is a Fellow of the Royal Society of Canada, Royal Society of London and Academia Sinica. He is also an Associate Member of the National Academy of Sciences (USA), a Foreign Member of Chinese Academy of Sciences and a Canadian Medical Hall of Fame Laureate. His other awards include 16 honorary doctoral degrees from prestigious universities around the world, the Orders of Canada and Ontario and Knighthood of the Légion d'Honneur of France. Prof Tsui was appointed Justice of the Peace in 2001, and was awarded the Gold Bauhinia Star and the Grand Bauhinia Medal by the Government of the HKSAR in 2011 and 2016 respectively.

Prof Tsui, world-renowned molecular biologist, is currently President of the Academy of Sciences of Hong Kong, President of the Victor and William Fung Foundation, Director of Qiushi Academy for Advanced Studies and Master of the Residential College of International Campus of Zhejiang University. He is also the Emeritus University Professor of University of Toronto. 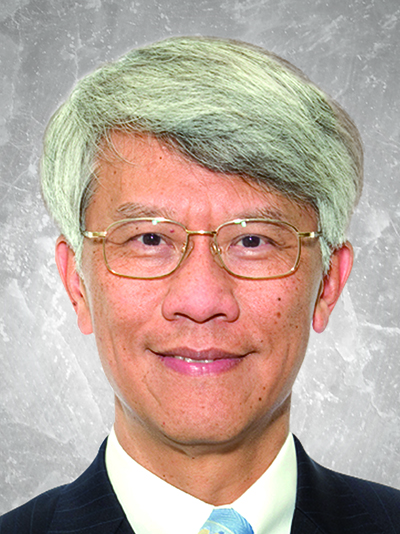 Mr Joseph Yam is a Non-Official Member of the Executive Council of Hong Kong. He is also Distinguished Research Fellow of the Lau Chor Tak Institute of Global Economics and Finance at the Chinese University of Hong Kong. He sits on the boards of Union Pay International and Johnson Electric Holdings Limited as independent non-executive director, and on the advisory committees of a number of prominent financial and academic institutions. Mr Yam was formerly Chief Executive of the Hong Kong Monetary Authority, an organisation that he was instrumental in establishing in 1993. He retired from that position in September 2009. Prof Kenneth Young is a theoretical physicist, and is Emeritus Professor of Physics at the Chinese University of Hong Kong. He is Chairman of the Shaw Prize Council and Vice Chair of its Board of Adjudicators. He pursued studies at the California Institute of Technology, USA, 1965–1972, and obtained a BS in Physics (1969) and a PhD in Physics and Mathematics (1972). He joined the Chinese University of Hong Kong in 1973, where he has held the position of Chairman, Department of Physics and later Dean, Faculty of Science, Dean of the Graduate School and Pro-Vice-Chancellor. He was elected a Fellow of the American Physical Society in 1999 and a Member of the International Eurasian Academy of Sciences in 2004. He was a Member of the University Grants Committee, HKSAR and Chairman of its Research Grants Council; he was also Chairman of the Curriculum Development Council and a member of the Education Commission, HKSAR. He served as Secretary and then Vice-President of the Association of Asia Pacific Physical Societies. His research interests include elementary particles, field theory, high energy phenomenology, dissipative systems and especially their eigenfunction representation and application to optics, gravitational waves and other open systems.